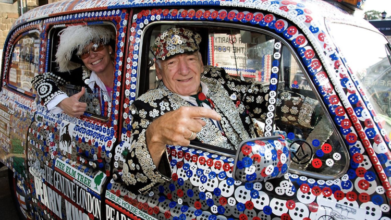 Welcome back! June is one of those months that’s filled with a sense of excitement including the The Queens Platinum Jubilee Celebrations in London and the Wimbledon Tennis Championship. Here is some useful information:

More than 1,400 parading soldiers, 200 horses and 400 musicians will come together in the traditional Parade to mark The Queen’s official birthday, usually held on the second Saturday in June.

The Platinum Jubilee Pageant will have all the excitement and spectacle of an international parade and carnival – awe-inspiring and filled with marvel and delight. The Pageant will combine street arts, theatre, music, circus, carnival and costume to celebrate Her Majesty’s unwavering duty, love of the natural world and dedication to the Commonwealth.

The Platinum Jubilee Pageant is inviting children from across the UK to play a part in the ‘River of Hope’ procession. Forming an important part of the Pageant, the procession will comprise of two hundred silk flags which will process down The Mall, emulating a moving river. Primary and secondary school children are invited to create a picture of their hopes and aspirations for the planet over the next 70 years. A selection of these creations will be transferred on to silk flags, which will carried by secondary school pupils. The ‘River of Hope’ section is being choreographed by Kinetika Bloco with music by one hundred young players from London and Edinburgh.

The artwork for the flags will be focused on climate change and incorporates the children’s messages for the future. Teachers from applying schools will be provided with step-by-step guides to creating a beautiful digital artwork with their students, of which 200 will then be selected for the flags. The selected artwork will then also be shown up and down the country on screens as part of the Jubilee celebrations.

It all began with an announcement in the leisure magazine The Field on 9 June 1877 that “The All England Croquet and Lawn Tennis Club, Wimbledon, propose to hold a lawn tennis meeting, open to all amateurs, on Monday July 9th and following days”.

A total of 22 men – no women were permitted at that stage – stumped up the £1 1 shilling entrance fee, being warned to bring their own rackets and “shoes without heels” but that balls would be provided by the club gardener.

The All England Club had been founded solely for the purpose of croquet in 1869 on four acres of rented meadowland at Worple Road, Wimbledon but croquet was rapidly overtaken by the new pastime of tennis.

Conditions were primitive. A temporary three-plank stand offered seats for 30 people, the total attendance for the final was 200, the rackets resembled snowshoes in shape and weight and the balls had hand-sewn flannel outer casings.

And there you are. June promising to be a very eventful calendar month for 2022.