Hi everyone! For November, I could not resist in listing my top 5 places to visit in the rejuvenated Kings Cross Area. With so much to see and do in Kings Cross, here are my favorite spots to explore near the Kings Cross Station and St. Pancras International.

This is London’s newest square and one of the largest of its kind in Europe.

At the size of Trafalgar Square, it’s the perfect stage for events and performances. There’s room for 2,000 people to sit on deckchairs and enjoy a concert or a summer movie. And with the potential for ice skating in the winter and seasonal festivals, it will be lively spot all year round.

The square is built where barges once unloaded their goods. This aquatic history has been worked into the new design, which is animated with over 1,000 choreographed fountains – each individually lit. You can watch the fountains daily between 8am and 7pm. They’re at their most spectacular at night.

All around the square are historic buildings – giving the space atmosphere and character. And with 5,000 staff and students of the UNIVERSITY OF THE ARTS now in the Granary Builiding, there is always activity here.

Wide, south-facing steps sweep down to the canal – this is the ideal spot to pause and watch the boats slip by.

As recently as last week, Granary Square held a Victorian Fair and hosts monthly street food truck events too by way of KERB. [I will do a blog post about how good KERB is soon].

The amazing grounds of Granary Square

At the London Canal Museum you can see inside a narrowboat cabin, learn about the history of London’s canals, about the cargoes carried, the people who lived and worked on the waterways, and the horses that pulled their boats. Peer down into the unique heritage of a huge Victorian ice well used to store ice imported from Norway and brought by ship and canal boat to be stored. This unique waterways museum is housed in a former ice warehouse built in about 1862-3 for Carlo Gatti, the famous ice cream maker, and features the history of the ice trade and ice cream as well as the canals.

There are two themes in this unusual London museum. London’s canals have a fascinating past and you will learn not only how they came to be built but about the lives of the workers, the cargoes, horses and how canals work. It is a waterways museum first and foremost, but also an industrial museum telling the story of the ice industry in London. It is the only London museum of inland waterways and is situated at King’s Cross, an accessible central location. It is suitable for adults and children and it is fully accessible to all visitors.

Kings Place houses the first new build public concert hall to be built in central London since the completion of the Barbican Concert hall over 25 years ago in 1982 (Cadogan Hall and LSO St Luke’s were adapted from old buildings in that period).

It has a range of facilities for performance, exhibition and education. The music, arts and restaurant areas are arranged around public spaces which form a central hub to the building. The arts facilities include free access to a range of commercial art galleries.

Construction on the site began in 2005 and was completed in summer 2008; the opening festival started on 1 October 2008.

Camley Street Natural Park is an urban nature reserve in King’s Cross in central London and within the London Borough of Camden. It is a Local Nature Reserve.

A two acre haven in the middle of one of the most densely populated parts of London. Situated on the banks of Regent’s Canal, the park is a place for both people and wildlife.

Run by the London Wildlife Trust, the park was created from an old Coal Yard in 1984. The reserve provides a home for birds, butterflies, bats and a wide variety of plant life. Habitats include wetlands, woodland and meadow. 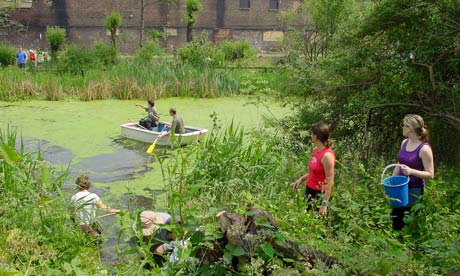 Hope you enjoy this information about the best local spots to visit in Kings Cross Area. For December Blog we will be looking at the Christmas events and New Years Celebrations happening around the area. See you soon…

My family and I enjoying a relaxing day…